The following tips are prepared for everyone to follow for when flooding conditions occur. If you are prepared prior to a flooding event, your personal losses and property losses will be minimized.

Prepare your hurricane kit and have supplies on hand for 5 to 7 days since assistance may not be available immediately following the storm event. 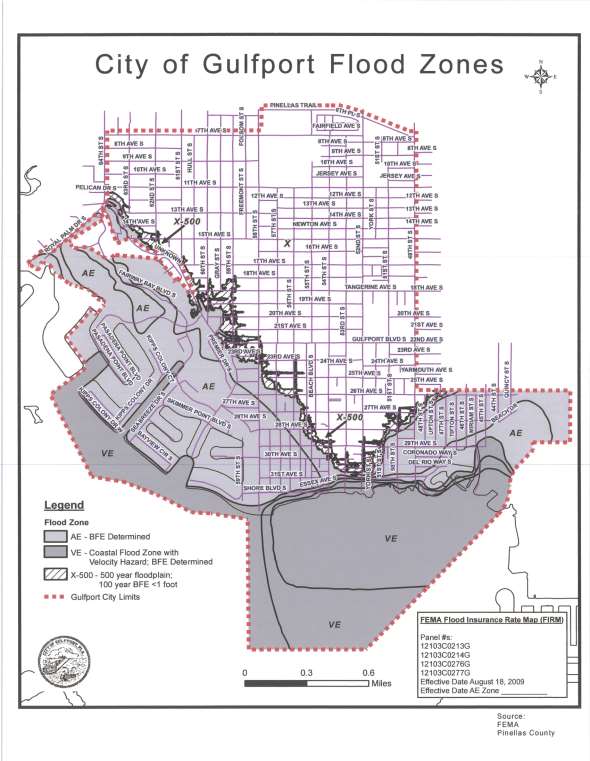 Many options are available for all residents to help minimize damages from hurricanes and to prevent flooding and flood damage. You can start by being an informed resident by reading and reviewing this web page and the links throughout. Please keeping a copy of the brochure sent in your utility bill. You can also keep and read the newsletter sent out to all floodplain residents in the City. Create and keep a hurricane kit. Know your flood zone and hurricane evacuation zone. Determine if you are going hunker down or evacuate. Depending upon your location and condition of your house, you can be a Host Home or evacuate to one, evacuate somewhere safe within the county, or leave the area. If you know where you’ll be evacuating to, let relatives who do not live in this area know where you’ll be. A public shelter should be the place of last resort to evacuate to.

Visit our Municipal Library located at 5501 – 28th Avenue South for hurricane and flood related information that is available for your review. FEMA’s Flood Insurance Rate Maps are available for review at the Library or at the Community Development Department. The City’s Community Development Department staff can determine if you live in, or own property in a flood hazard zone. City Building Division staff can also discuss, or make site visits, to discuss specific floodproofing options and review flood protection measures.

Further information can be found on the following links:

The flood warning system that the City participates in is in coordination with the Pinellas County Disaster Committee (DAC) and the Pinellas County Emergency Operations Center (EOC). Activities, including flood and storm warnings, evacuation, evacuation shelters, and recovery operations after the storm, are coordinated countywide but the announcements are made through the City and local media for Gulfport residents. Flood watches (when conditions favor flooding) and flood warnings (when a flood is eminent) will be issued by the National Weather Service and Pinellas County through local television and radio stations. Any emergency actions will be determined by the Pinellas County Board of County Commissioners upon input from the DAC. The County EOC then issues hazard information to local radio and television stations for emergency broadcasts.

Local television stations within the Tampa Bay area that broadcast the emergency information, along with their internet websites, include:

The City of Gulfport depends upon the National Weather Service (NWS) for flood threat recognition. The NWS (Ruskin, Florida) issues flood advisories for storm surges and when expected rainfall could overflow drainage systems causing localized flooding due to ponding of flood waters. The emergency alert system has designated WMTX-FM 100.7 as the primary disaster information channel and WWRM-FM 94.9 as the secondary disaster information channel for this area.

Pinellas County officials have designated WEOC–AM 940 as the primary station for county emergency information. Also, the NWS will broadcast regularly updated information on its special FM high-band frequency of 162.55 megahertz. Weather and storm information is also available on the City’s government access channel, GTV-Channel 615, and on the official website of the City of Gulfport at mygulfport.us, which provides links with the Pinellas County Emergency Operations Center (phone (727) 464-3800), the National Weather Service, the National Hurricane Center, and other emergency services.

Additional websites with emergency information are: weather.com; nws.noaa.gov; and fema.gov.

The City of Gulfport has its own emergency preparedness actions that go into effect for a variety of disasters, including flooding. These actions depend upon the severity and location of the disaster. Gulfport personnel will carry out appropriate actions based on current or predicted conditions or information released by the County EOC or news media. In addition to the local media releasing flood information and warnings, Gulfport residents in flood prone areas may be warned of an actual emergency condition, such as street flooding and area flooding through fire and police mobile units.

When these warnings are sounded, all residents should follow the evacuation orders and the directions of the police and fire units. Delaying an evacuation order could put you in a situation where rescue units may not be able to assist you. Even though you could call for assistance, weather conditions, such as high winds or flood waters, may prevent rescue units from responding to your call. Therefore, it is very important for you to be prepared at all times, especially during hurricane season. Have your hurricane kit ready, know where you will evacuate to, and let someone such as a relative who lives outside of Pinellas County or even the State of Florida, know where you’ll be.

Standard homeowner’s insurance policies do not cover losses due to floods. Gulfport, however, is a participant in the National Flood Insurance Program (NFIP), which makes all of its property owners regardless of location in the City (including properties that have not been flooded), business owners, condominium owners, and renters eligible to obtain federally-backed flood insurance. Flood insurance covering the building and contents is available to any owner of insurable property (a building and its contents) within the City through their home insurance agent. Tenants may also insure their personal property against flood loss through an insurance agent. For further information see FloodSmart.gov, FEMA National Flood Insurance Program, or Answers To Questions About Substantially Damaged Buildings: FEMA 213.

The FloodSmart.gov web site is the primary online destination where consumers can learn more about flood insurance, ascertain their personal relative risk of flood, and take action to protect themselves from financial loss due to flood. The site provides consumers with basic tools to accomplish these objectives, including the ability to request collateral, sign up for an email newsletter, perform an address-based risk assessment, and locate an insurance agent serving a specified address.

All requested information is voluntary and only required if an individual desires information be sent to an email address or physical mailing address. Actual costs for flood insurance will vary depending upon location of the house or business in the flood zone depicted on the Flood Insurance Rate Map, the type of construction, age of the house or structure, amount of coverage, and degree of flood hazard or risk. We urge persons who live in or own property in flood hazard areas to purchase flood insurance to protect themselves from losses due to flooding.

Don’t wait for a disaster to happen! 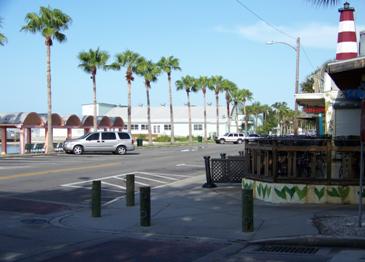 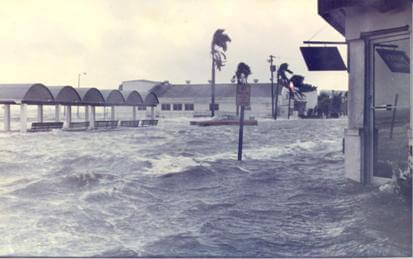 Back to Hurricane Center