It dominates the history of Gulfport much the way it dominates our waterfront. Look down Beach Boulevard to the bay, and it’s all you see. Look through the history books on Gulfport, and you’ll get much the same viewpoint. Maybe not first but certainly foremost, there was the Casino.

Our Story of Gulfport calls it the “heart and hub” of Gulfport. The Historic Preservation Committee designated it a “local historical landmark,” the first of only three (the other two are the Gulfport Historical Museum building and The Cedars/Bayview Hotel), with maybe a fourth coming soon (Scout Hall).

Webster defines “casino” as “a public room or building used for social meetings, dancing, gaming.” In the age of Las Vegas and Atlantic City, most newcomers and visitors think of the last word in that definition when they encounter the Gulfport Casino. But the pioneers had the rest of the definition in mind when they named the first Casino nearly 100 years ago.

The steamship burned and sank and the railroad went to far-off St. Petersburg instead. So Disston City remained isolated from the rest of the world and never fulfilled the dreams of its founder.

The trolley line came from St. Petersburg, built by Frank Davis as an extension of that city’s system. Since the idea was to connect to boats that would carry passengers to the increasingly popular Pass-A-Grille, a 700-foot dock was built out into the bay and electrified and lighted (thus, “the electric dock”). Trolleys rolled down what is now Beach Boulevard and all the way to the end of the dock, where passengers could practically step right onto the boats.

The dock was completed in 1905 and, the following year, a way station and ticket office opened on the east side of the tracks out near the far end. The building contained a Post Office and a refreshment stand and shop that sold postcards, shells and other souvenirs as well as tobacco, candy and soft drinks. There was also an apartment for the couple who ran the place, and an open-air pavilion on the second floor with a dance floor and a stage.

It was known variously as The Casino, the Gulf Casino and, sometimes, as the “Dock and Spa.” That last designation, according to Doris Brown in Our Story, comes from a sign on the trolley identifying its destination. By any name, the place became a popular attraction on its own.

That first Casino was also an important meeting place. The founding fathers gathered there when deciding to incorporate Gulfport in 1910. The First United Methodist Church, now at 28th and 53rd, met there in the beginning. It wasn’t just about dancing.

But for 15 years, the first Casino made Gulfport popular. The trolley made transportation available. Together, they stimulated growth in this once tiny fishing and agricultural village. 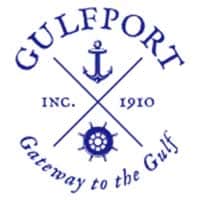 City of Gulfport, Florida is located in Pinellas County.